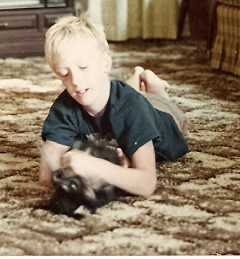 Recently a lovely woman signed my guest book and I had opportunity to email her. The following email made me think about raising Jason and how rewarding it was. I was told, when he was diagnosed, that he would probably live to be fourteen years old. I feel that I was very blessed to have him live to be thirty.

Thank you so much for signing my guestbook at jsstarmom.com.  The part about the meds is the hardest. I used to worry that I wasn't doing postral drainage enough of the time, until at 16, the doctors said Jason defied the textbooks. I was on him all the time about taking his meds. He would complain and waa about it, but after a while it became a game for us. It wasn't until Jason went out on his own that the med thing became a problem. At 18 he was invincible. Didn't need the meds or therapy. Didn't need to brush his perfect teeth, the plaque would protect them (LOL, that ended up becoming an inside joke between us). For a year he took no meds. Bad idea, it showed him he wasn't invincible. He had his first ever stay in the hospital. Of course, his diet wasn't the great food he had growing up (garlic, olive oil, yogurt, pineapple, little to no sugar, no soda) he ate candy and junk food, soda and drank alcohol. It's easy when they are kids to monitor the treatment. What at first seemed like work, became a daily regimen. I guess it helped that I was obsessive!
I think that having raised Jason was a gift, a strengthening experience. It's been five years since he entered the "gate", returning home. Missing him is an everyday thing, but having him was forever!
Thank you again for visiting my site. Hope you don't mind that I use this email reply on my site. Jo Anne jsstarmom
Hi Jo Anne,
I certainly don't mind you using this email on your site.  I'm sorry about your loss.  But thank Goodness we have a great Lord who is taking really good care of your baby now.  Shaun was diagnosed when he was 5.  He has been in and out of the hospital so many times!  We just did our taxes....we had 8,000 miles to count off for medical miles driven.  You say that you were obsessive....I laugh because I am soooo obsessive!!  I only want him to live.  To live to the statistics to live to grow up get married have a job!  He gets mad because of all the "good healthy" stuff I have him eat.  I want him to have a long life...you know more than most.  I have always heard that it really takes a kid to move out and be on their own to realize that hey....this is important.  I'm just trying so hard to instill in him now that everything he does is crucial to his health.  He had surgery this past summer to have a port a cath put in his chest so he wouldn't have to have a picc line every time he need i.v. antibiotics.  It just scares me that he is only 10 and is already in the hospital A LOT!  It's hard trying to get him to actually care.  Well, I'm sure that it is hard to talk about your son but I am so glad you shared a little piece of your life with me.  I wish you and your family the best in life and please keep in touch!
May God Bless You,
Mandy Calhoun 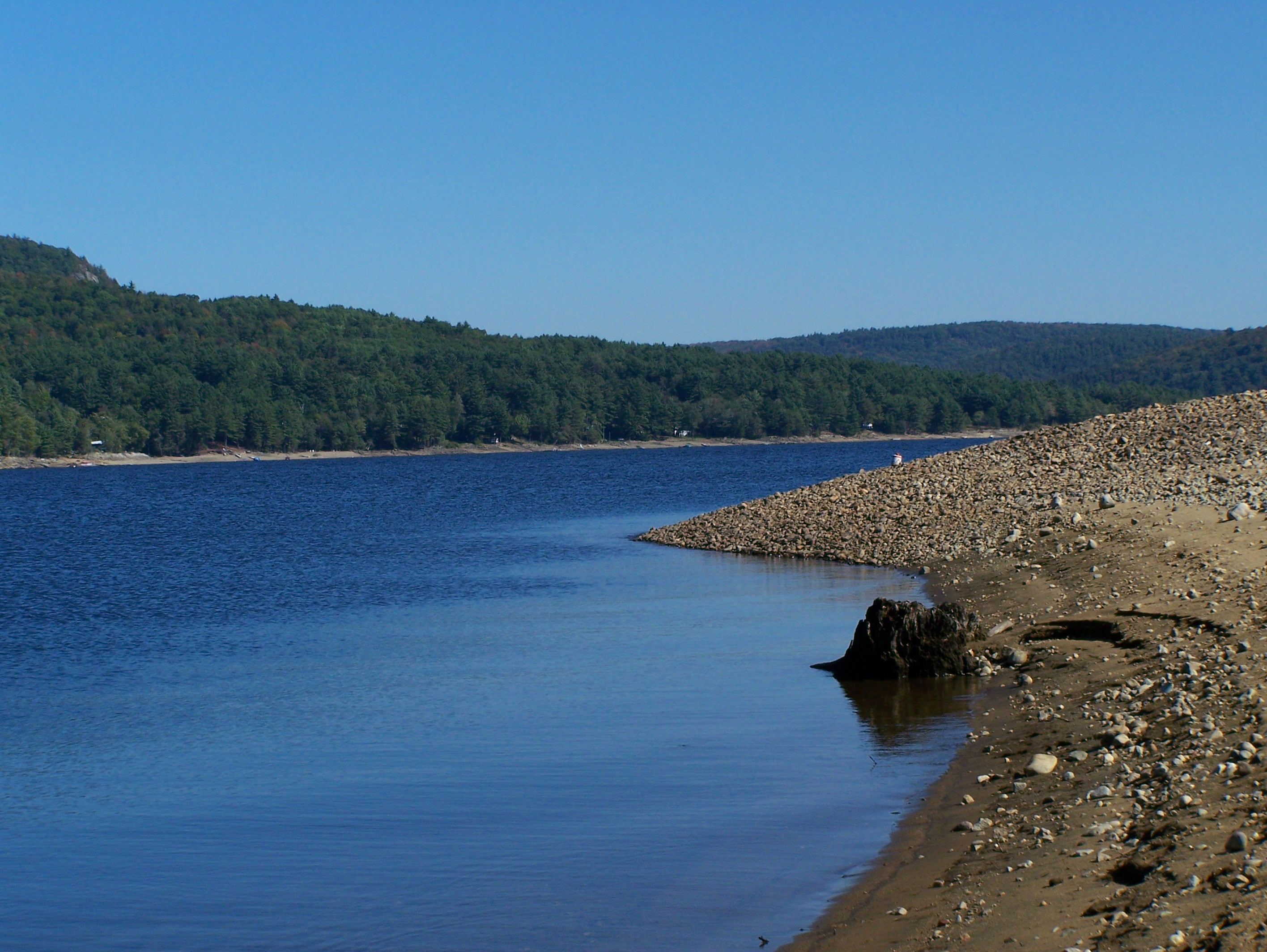 I baptized Jason in the Sacandaga Lake.
I asked forgiveness in the name of heavens sake.
We'd bowed our heads for a moment spent in prayer.
Giving, each, our thanks, for the joy of being there.
That time we spent in the Presense of our God.
Given' sweet forgiveness, right there on the spot!
We raised our heads, we raised our hands,
In Heavens heart we'll gladly stand.
My many thanks, I praise that rift in time,
That moment, Lord, when he was truely Thine.
Again I give my thanks, I gladly do,
For showing us the way, through Him, to You. 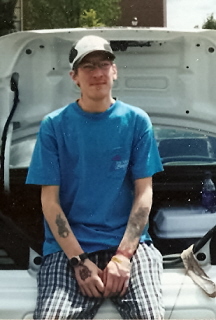 Jason was born at St. Peters Hospital in Albany, NY at 4:54pm by cesearean section. They say, "No pain, no gain."  I know they are right. for the child was worth the pain of giving birth and the pain of a lifetime of lessons.

Jason was diagnosed with Cystic Fibrosis at two years old. I had him tested because his food would not stay down and he looked as if he had malnutrition. He also had constant diahrea and tasted of salt when I kissed him. I took Jason to Albany Medical Center Hospital to be seen at the clinic there.  They tested him for everything under the sun. We found he had many allergies, but they were not the basis of his digestive problems.  "One more test" they said.  The sweat test. About a week after the sweat test I heard from the clinic.  The test came back positive. I needed to return to the clinic so they could run the test again. They said it was "borderline" and wanted to make sure.  I was stunned, but returned to the medical center and let them test him again. It came back positive again.  Jason had Cystic Fibrosis. We had a long road ahead of us and a lot to learn about a disease I had never heard of.

The poem below was written by Jason the January before he passed.

by Jason A. Ahrens

All of lifes lessons learned.
From the bridges both
Built and burned.
Step after frightening step.
Moving through life.
A lonely trek.
At times when there is no fear
The road ahead
Is long and clear.
Times I felt you by my side,
Still, from the truth
I tried to hide.
I once heard footsteps,
Looked behind,
Two sets, then one.
The second weren't mine. 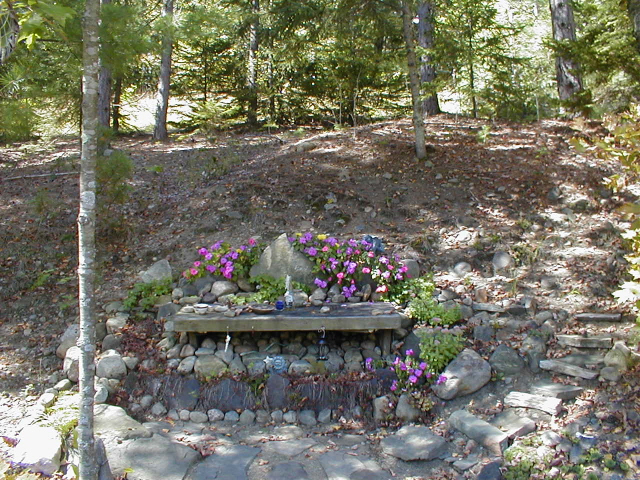 For my son, Jason Anthony Ahrens

Let me walk You to the door of Heaven,
Kiss my hand and take your leave.
When you turn to walk within the Gate,
You need not wear your heart out on your sleeve.
For the love that you have given me
Is woven into every web that I have weaved.
If the crowd does not believe that
Then their hearts have been decieved.
Talk the talk,
Walk the walk,
Enter in and be recieved.
Enter in and be relieved.

On 11/20/02, at three in the morning, as my son Jason lay on his deathbed struggling for his last breaths, nearing the end of a 30 year saga of living with Cystic Fibrosis, the words to this poem came to me with such intensity that I left the room to find pen and paper as the words flowed and the time drew near for him to leave this mortal world.  After the few moments it took to jot it down, I returned to his room and read it to him.  Though he was not conscious, I know he heard me.

The clouds opened and the sun broke through, telling me he had been met at the Gate.